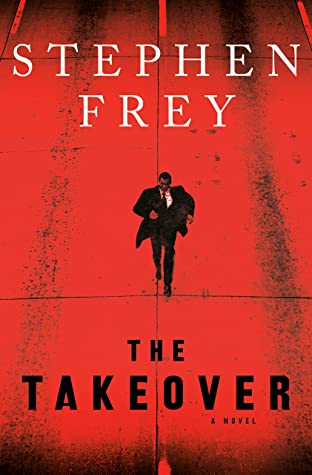 A hotshot investment banker is at the onset of performing the largest takeover (a type of transaction where a bidder company acquires a target/smaller company with or without mutual consent) the world has ever seen whilst finding himself in a middle of a conspiracy, a string of murder mysteries, blackmails and infidelities, and this hugh leveraged buyout has potential to topple the presidential administration.

Set in the financial world, this fictional universe drafted by Stephen Frey has Andrew Falcon, an investment banker as the center of attention. Falcon who is intelligent, hardworking, shrewd and very mindful about who he should trust in the stinky world around him believes he is the master of every game he plays and thinks he has the stuff to get him on top of the pedestal every time he takes a risk. The author manages to bring a very disjointed set of timelines where he toggles between past and present experiences back and forth maintaining the setting of the premise to be very entertaining and energetic with a thick line of suspense at every event hence keeping the reader very captivated. The first foray of chapters shows Falcon being extremely successful in an investment banking firm with good money, a big fat promotion, flanked by reliable coworkers who always has his back (as he terms some of them as ‘friends’) and a long-term corporate godfather who has the best regards of him like no one else! Most of the middle game of this novel goes into sudden leaps and troughs of Andrew’s past ventures into the startup world with his small family of a fast friend as his co-founder and a longtime love interest as his secretary (who just seems to follow him in every walk of his life) and the opening/endgame presents a gradual downturn of Andrew’s professional life where he has to compromise on taking a sharp exit from his ‘utopian’ life at the firm and is thrown to the streets to find himself to whatever it takes to get a second opportunity at another banking firm and a golden chance of a takeover which enables him to face all his past and present demons and fight for his life to stay alive in the big bad world. In these drastically different phases of Falcon’s life, one experiences the split personality traits that he undergoes which may make it appear chaotic and confusing, but that’s where the mystery and fun builds up!

This adventure may be a little predictable towards the end, but a few things that standout for me here is the thick line of murder trails associated with the takeover procedure right from the start to the pointy end, every murder is so suddenly uncalled for that it keeps the reader in the chills and it’s fast paced lines will make you want to read many of the chapter sections again and again. The fake made-up camaraderie at every office/administration setting is made so evident that it brings out the harsh realities of how people are treated in the corporate world (a very minute but worth mentioning detail of this is a very example is when Andrew Falcon always notices at multiple events, his senior/contemporary addressing him as ‘Andrew’ when they want each other to be agreeable and close a great conversation but when the blood starts boiling and the volcano erupts in an unlikely event, the person on the other side immediately switches the reference as ‘Falcon’). The topic of this tale that is the standout winner for me is the trust that Andrew Falcon wants to maintain with the people around him both in the professional and personal sides, as he keeps suspecting that the most long-term and trustworthy folks around him are actually cheating him and want him down while at polar opposite dimensions he also seems to immediately confide in certain groups who he has just met at short-term events.

This novel is very intriguing and gets your blood racing, I highly recommend this if you like this genre (or can adapt to it) and if you manage to take this assignment up, you will be signing up for a roller coaster very well worth your time! 😉