The tale centers around sailor Ishmael’s narrative of an obsessive quest of Ahab, captain of the whaling ship Pequod, for revenge on Moby Dick, a giant white whale. Based in the period of 1800’s, the story covers the whole adventure, the terrible storms faced by the crew on-board and their endless pursuits. 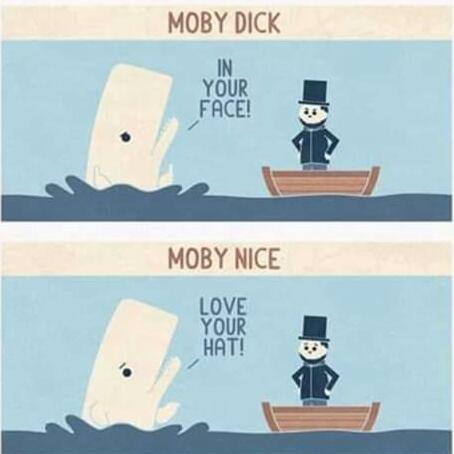 “Call me Ishmael”, is how it starts; with the narrator introducing himself and thereafter writing the whole story through his perspective. This opening sentence is among the world literature’s most famous and the line is popularly referenced in the movie, Matilda towards the conclusion of the film. The novella is also briefly mentioned in the early seasons of Gilmore Girls.

Back to the story, Ishmael, is a sailor who yearns to be a part of a whaling voyage. He travels from the Manhattan Island to New Bedford and signs up for the same. In the process, he stays at an overcrowded inn and is obliged to share a room with a cannibal Polynesian Queequeg, a harpooner. In contrary to his initial impressions of the harpooner after observing his weird unconventional characteristics, Ishmael gets along with Queequeg and the latter persuades him to sign up with ship-owners Bildad and Peleg for a voyage on their whaler Pequod.

As they all get on-board, they are introduced to Captain Ahab, the head of the ship Pequod, who is described as grand “ungodly” god-like man, who’s main intention is revenge on the white whale which took his one leg from the knee down and left him with a prosthesis fashioned from a whale’s jawbone. He promised to give the first man to sight Moby Dick a handsome reward, well ahead of its time.

Ahab sets sail his ship towards Pacific Ocean via Southern Africa and through the journey, Pequod encounters several fraternity ships along the way, more men appearing on her deck on-board, heavy rain storms, heavier white whales breaking her way and heavier carcasses, both of men and the sea animals increasing count as the story unfolds further as the battle gets fiercer with man versus The Whale, all through the eyes of Ishmael as he witnesses the same. The climax shows up at the last but final chapter when Pequod finally encounters Moby Dick.

This post is in collaboration with my friend Divya Nayak.  Look out for her work under the theme Underwater Ocean: https://www.youtube.com/channel/UClajvYZXXnCVyKxPGIZtEWA

Moby Dick was the first book that was put before when I was in Grade 1 of school (I think!). What makes it even more special is that there have been special peeps in my life who encouraged me to read and gifted me even greater books on my birthdays. This being my Birthday post, I would like to thank Kylie Nazareth, Shreyas Shenoy and Siddhant Sangal for Nancy Drew (dated 2010), Turtles All The Way Down (dated 2017) and GoT Fire and Blood (dated 2018) respectively. Thank you! Really! 🙂

There’s more to just great books and those are personally written notes and bookmarks that are highly underrated and go into hiding really easily!  I am all for catchy phases and aesthetic handwriting and creativity. Thank you Sybil Pereira for this customised note with an uncanny math reference (dated back to 2012 in Grade 10). 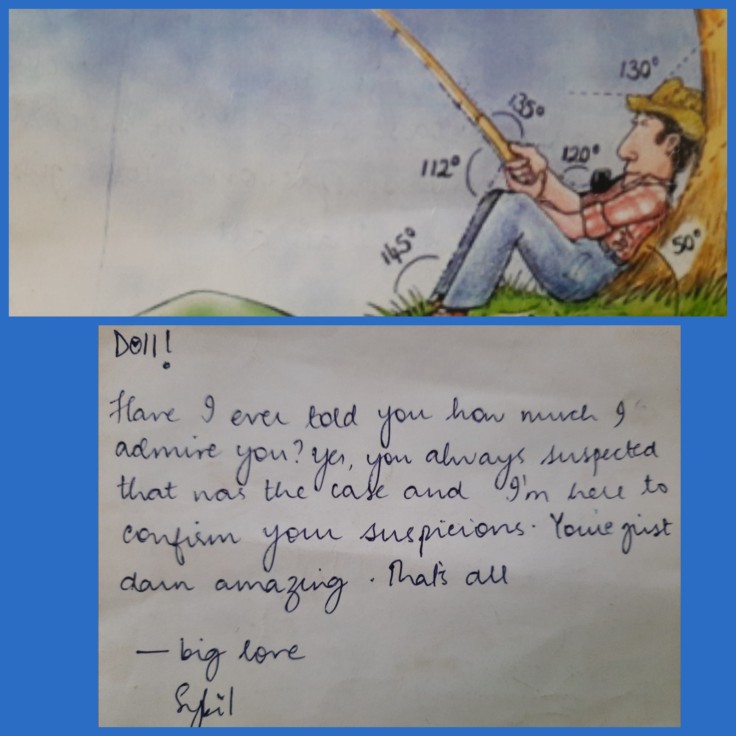 Thank you Eshani Borker for this imprompto card (dated 2013). Time is indeed valuable and paper quilling to perfection is just as difficult as easy it is on the eyes. I love the message inside which is based on time reference as well!

Thank you Trisha Lopes for this lovely bookmark and a cute caricature that indeed looked much like me back in elementary school! (dated 2013, Grade 10 farewell)

I love compliments and Tr. Andrea D’Cunha knows that! This one is basic assignment in French language (dated 2012, Grade 9). Thank you for those amazing words, a great way to store it for keepsake!

One thought on “Book Review 8: Moby Dick by Herman Melville”